It’s easy to make homemade cinnamon coffee creamer, but it’s not easy to find a great recipe. The reason is that most store-bought versions contain questionable ingredients.

That’s why I went ahead and made my own homemade cinnamon coffee creamer with real ingredients.

In this article, you’ll find a great-tasting recipe for cinnamon coffee creamer that you can make in just five minutes!

What is cinnamon coffee creamer?

Coffee creamer is not limited to just dairy creamers but can come in different flavors like vanilla and pumpkin spice.

The only thing that’s really noteworthy about this specific flavor is that it features cinnamon as an additional ingredient, which begs the question of how does it taste, and what is it exactly?

I drink coffee mostly black without any additions because I enjoy the taste.

But for people who prefer a little extra flavor variety in their life or those who want to give their body an extra kick of antioxidants and anti-inflammatory benefits – personal preference aside – cinnamon coffee creamer is worth checking out.

What ingredients are needed for this coffee creamer?

I wanted this homemade cinnamon coffee creamer to be simple to make, so you have more time left over to enjoy your day. For this recipe, you’ll need the following ingredients:

Using whole milk in this recipe will give it its full flavor, but you can also use lower-fat milk instead.

You can also incorporate some dairy-free milk in this recipe to change up the flavor and make it taste however you want.

Because the condensed milk is already sweet, you won’t add sugar to the coffee creamer, which saves time.

Have a look below for the best cinnamon to use:

Which cinnamon is best used?

Because the main flavor of this coffee creamer is cinnamon, it’s essential to use a good quality one.

There are many different kinds of cinnamon, but the ones to pick would be Ceylon or Cassia for their bold flavor.

For this recipe, it’s best to use ground cinnamon, as this is easily mixed with the rest of the ingredients so that you can make this coffee creamer in just a few minutes.

If you only have cinnamon sticks and would like to use them instead, it’s best to let it steep with condensed milk and whole milk. Have a look below at how to do so:

Now that you know how to make it at home, read along to find out which coffees go well with this coffee creamer. After that, I’ve listed the complete step-by-step recipes and the number of calories:

Which coffees go well with this cinnamon coffee creamer?

Once you’ve made this coffee creamer, you can use it for any coffee you like. It works well with all coffees, like your morning cup of coffee.

You might want to try a dark roast coffee. Dark roasts offer a fuller flavor and sometimes even chocolate undertones.

They can be too strong for some people, though; “light” roasts are the way to go if that’s an issue. Full-bodied coffees like heavy or espresso roasts without any robusta or other additives also go well with this cinnamon creamer.

Depending on your flavor preference, you can use a French press, Chemex, or Hario V60 for your daily coffee.

If you’re unsure which is the right coffee brewer for you, you can check out my beginner’s guide to brewing coffee.

But not to worry, this cinnamon coffee creamer works with all your coffees!

You can easily make this coffee creamer in a matter of minutes. Let's get started:

If you'd instead use a different kind of milk or milk alternative, feel free to do so and let me know how it turns out!

This coffee creamer has a total of 74 calories per serving. A serving is two tablespoons which is the perfect amount to sweeten a cup of coffee.

It’ll create a not-too-sweet coffee that is delicious and a bit spicy from the cinnamon; it’s delicious.

Depending on the sweetness level you like, you can also add a bit more or less to your coffee.

I suggest trying a bit in your coffee before adding a ton in there, just to make sure you’re not making your coffee too sweet for your taste.

I hope this article has given you some inspiration for making your own cinnamon coffee creamer.

If you’re feeling adventurous, don’t forget to try the recipe! It only takes a few minutes and is so easy that even beginners can make it. What do you think? Will you be trying out this coffee creamer soon?

If you love these kinds of recipes, you can check out some more amazing recipes I’ve listed below.

Do you like the taste of cinnamon? Let me know by leaving a comment down below. If you have any other questions regarding coffee, you can also contact me directly by pressing the “Contact Me” button at the top! 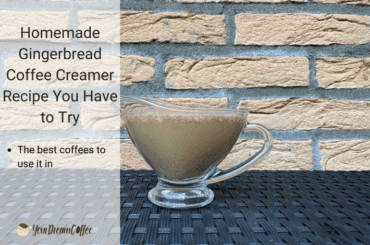 Homemade Gingerbread Coffee Creamer Recipe You Have to Try 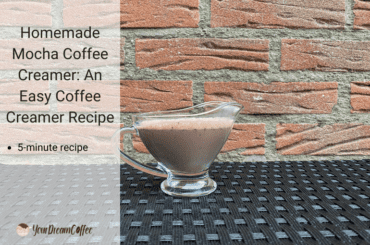 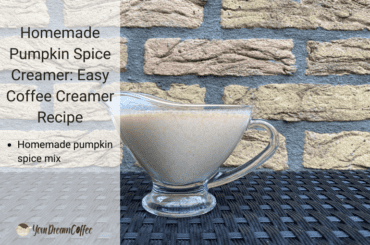 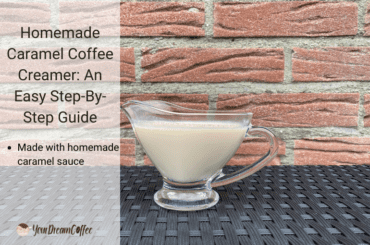