When you’re at your favorite coffee shop ordering a drink, the last thing you probably think about is the precise differences between the drinks on the menu.

In fact, many people don’t know that there are different types of popular coffee drinks—or how they differ from each other.

If you’re one of these individuals who has been wondering about the key differences between Caffè Misto and lattes, it’s time to learn.

Below, I’ll go over the differences between these drinks, including the amount of milk used, caffeine content, calorie difference, and much more!

Now that you know what makes these coffees unique, it’s time to dive a little bit deeper. Below, I’ll first go over the drinks individually and then tell you how they differ:

What is a Caffè Misto?

Whether you’re interested in trying something new or are looking to replace a more traditional coffee order, the Caffè Misto is a great coffee drink.

A Caffè Misto is made with equal parts brewed coffee and steamed milk. The coffee that is used can be made with any brewing technique.

A few brewing techniques that are great to make the basis to this drink are pour over techniques or the French press.

Pour over coffee makes for a more balanced and mellow-tasting coffee because of the filter used.

On the other hand, using a French press for the coffee will leave you with a full-bodied coffee that makes for a more robust tasting Caffè Misto.

The best part about this drink is that you can easily make it at home because it doesn’t require that much equipment.

If you’re interested in getting more information about the Caffè Misto, you can check it out here.

Fun fact: Did you know that there’s an Americano Misto as well? Check out this article here for more information!

What is a latte?

A latte is a coffee made with espresso as the basis with steamed milk and topped with a layer of foamed milk.

The great thing about a latte is the textures in the drink. The layers of milk in the latte make for an amazing drinking experience.

A latte is also easy to make if you have the right equipment. You’ll need something to steam and froth the milk and an espresso brewer.

You can easily froth milk at home. If you want to know about six quick ways to do so, you can find more information here.

The AeroPress and Moka pot are great alternatives to an espresso machine. These coffee brewers make amazing espresso-like coffee that works great to make this drink.

If you’re interested in learning to brew a latte at home, you can check out the full recipe here.

What are the differences in milk?

Now that you’ve had a small introduction to these drinks, it’s time to get into all the differences.

One of the biggest differences (along with the coffee used) is the milk and its preparation. Have a look below for the differences:

The amount of milk is the next thing that is very different between these drinks. This can differ between coffee bars, but for the most part, this is the difference in milk:

Because the amounts of milk differ, there is also a difference in taste because of it. As I’ve at the start, the latte has more texture to it.

Is there a difference in calories?

As you can see from the table above, a latte has more calories. The number of calories is higher because there’s a larger amount of milk used.

Depending on the milk that is used, you can significantly lower the number of calories. However, a latte will always have more calories than a Caffè Misto because more milk is used to prepare the drink.

The caffeine difference between these two milk-based coffees is quite significant. Because the Caffè Misto uses brewed coffee and the latte uses an espresso, there’s a difference in caffeine.

For this comparison, I’ll be comparing equal amounts of coffee. It will be a comparison for 1 cup (0.24 l) of both coffees:

The caffeine content changes between coffee brewing techniques; filtered coffee is lower in caffeine than coffee made with a French press.

Generally speaking, brewed coffee used to make a Caffè Misto will have more caffeine than the single espresso shot in a latte.

Now that you know about the caffeine difference, it’s time to look at which one is better for you below:

Caffè Misto vs. latte, which is better for you?

Choosing between these two coffees can be quite hard. But now that you know about the differences in caffeine, calories, and which coffee is used, you might already have a favorite.

If you’re still unsure which is better for you, then you can read my recommendation below:

It’s really about what you prefer in your coffee drink. I appreciate a Caffè Misto as my morning joe because it has more caffeine, but you might like a latte instead.

Are you wondering how the Caffè Misto and latte compare to other coffees?

This coffee comparison turned out well. Because these coffees can look the same when you get them in a cup, you might not know the difference right then and there.

You can use this information to order your perfect coffee the next time around, or you can make these coffees from the comfort of your home.

If you like to read about the differences in coffee, then you can have a look below. I’ve listed a few more coffee comparisons that you can check out if you’re interested.

Which of the two coffees do you prefer? Let me know by leaving a comment down below. If you have any other questions regarding coffee, you can also contact me directly by pressing the “Contact Me” button at the top! 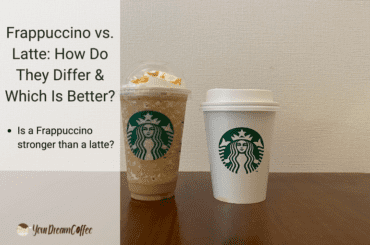 Frappuccino vs. Latte: How Do They Differ & Which Is Better? 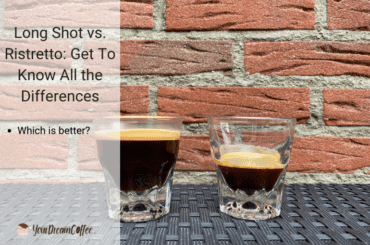 Long Shot vs. Ristretto: Get To Know All the Differences 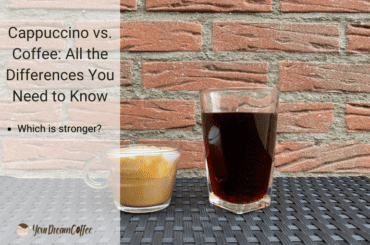 Cappuccino vs. Coffee: All the Differences You Need to Know

Iced Coffee vs. Hot Coffee: How Do These Coffees Differ? 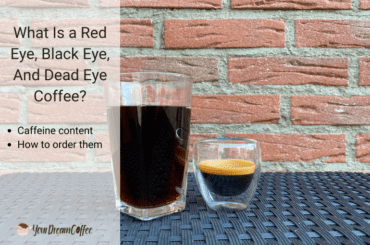 What Is a Red Eye, Black Eye, And Dead Eye Coffee? 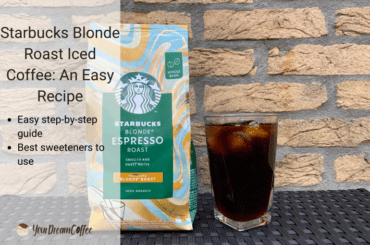 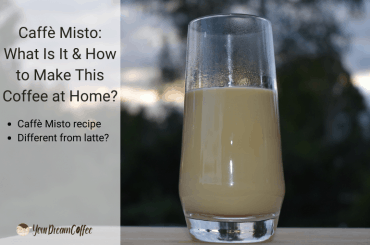 Caffè Misto: What Is It & How to Make This Coffee at Home? 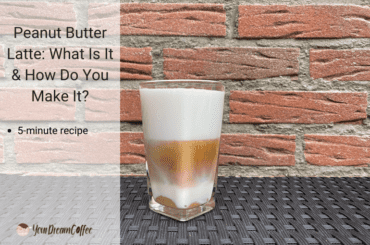 Peanut Butter Latte: What Is It & How Do You Make It?