If you have ever been to a Starbucks before then, you have probably wondered what a Caffè Misto is, right? Well, you’re not alone! In this article, you will learn exactly what this coffee is made of and how you can make it at home.

The Caffè Misto is simply half brewed coffee and half steamed milk named by Starbucks. It’s usually a one to one ratio with the coffee and the milk. Like with any coffee, you can adjust the flavor by choosing different roasts. This coffee is also called a Café au lait if you’re outside Starbucks.

But that’s not all; below, you will learn the difference between a Caffè Misto and a normal latte, and you will learn how to make this coffee at home!

What is a Caffè Misto?

Before we start, yes, this is a Starbucks term. A Caffè Misto is also called a Café au lait in the coffee world outside of Starbucks.

So, what is a Caffè Misto?

Well, if you translate the real name from this coffee, not the Starbucks version, which is indeed French, then it says “coffee with milk.”

This is exactly what this coffee is. It’s a cup of coffee with hot (usually steamed) milk added.

Don’t confuse this drink with the white coffee; that’s espresso with cold milk added instead of hot milk.

The thing with the Caffè Misto is that it doesn’t have a specific method of preparation. You can make it at home with your coffee pot and stove-warmed milk, or you can order it in a cafe, which will usually use an expensive espresso machine and steamed milk.

The coffee and the milk ratio is usually one to one, but as with many coffees, this is all up to you and what you like!

What is the difference between a Caffè Misto and a Café au lait?

Fun fact, there is no difference. The real name of this coffee is Café au lait, but if you’re in Starbucks, then you can order a Caffè Misto.

Starbucks loves giving a spin on the name of coffee recipes that already exist.

That’s the thing with Starbucks, you will probably get confused with all the different names that they have while they might be coffees that you already know.

Caffè Misto (or Café au lait) vs. Latte: What is the difference?

A Caffè Misto is made by adding steamed milk and a freshly brewed cup of coffee together.

A latte is made with a shot of espresso, steamed milk, and topped with a foamy milk layer.

So, does it really make a difference flavor-wise? For me, the Caffè Misto tasted a bit more black coffee-like than a latte. This is because in a Caffè Misto, there is more coffee added instead of a single shot of espresso.

So for me, I like the Caffè Misto more than a latte. But for you, this can differ. Do you like to drink coffee made with a bit more milk added? Or do you just like the added texture of the foamy milk on top? Then a latte is perfect for you.

I like to drink black coffee on most days, but I did enjoy the Caffè Misto while writing this article. So that says a lot about the nice flavors this recipe has to offer, which can be enjoyed by all most coffee drinkers out there.

But don’t be scared to try something new, I think you will really appreciate the flavors of the Caffè Misto. You can also choose which coffee beans you are going to brew your coffee with.

Choosing your own coffee beans will have a very big impact on the taste of your whole Caffè Misto (or latte).

Are you going to use a light roast for the brewing of your Caffè Misto? You might get closer to a latte, flavor-wise, by doing so. A single shot of espresso will not be so overpowering as you might think because of the added milk.

Related article: Caffè Misto vs. Latte: All the Differences You Need to Know

Which coffee has your preference? Let me share the recipe for the Caffè Misto with you. This way, you can try this coffee at home and see if you like it.

How do you make a Caffè Misto at home?

How to make the Caffè Misto

You can always add a bit more milk or coffee to your preference. The recipe calls for equal parts of coffee and milk to be combined; feel free to change this to your liking.

If you would like (or need) to use a milk substitute for this recipe, the recipe will stay the same. The milk alternative can also be heated up, so feel free to change out the milk for a dairy-free kind.

The recipe calls for 100 grams of milk. I used 2% fat milk to make my Caffè Misto, which I used for the photos. The number of calories for this recipe will be 51; when using a milk substitute or adding more milk to your coffee, the calories may vary.

Also, the caffeine content may change depending on the coffee beans you use and the amount of coffee you are going to use for the recipe.

Whenever you follow the recipe, you will get about 75mg of caffeine, which is the average of caffeine in a freshly brewed cup of joe! If you want to know more about the caffeine content inside your cup of coffee, you can click here to learn more.

Can you add extras to your Caffè Misto?

Of course you can! You might want to consider adding a bit of whipped cream on top of your Caffè Misto. This will bring an even more fuller tasting coffee to the table.

There’s also the option to add things like flavored sirops, like vanilla, pumpkin spice, or any kind you like. Using added flavored sirops will elevate your coffee and make it into your own Dream Coffee!

Well, there you have it. The ultimate Starbucks recipe of the Caffè Misto, did you know it was so easy to make at home? I didn’t.

It’s a really nice recipe for you to try out at home. I really liked the coffee and will make it again once I crave a coffee with a good amount of steamed milk.

If you’re looking for a similar recipe but then with espresso, hot water, and steamed milk, check out the Americano Misto!

Do you know any other facts about the Caffè Misto? Let me know by leaving a comment down below. If you have any other questions regarding coffee, you can also contact me directly by pressing the “Contact Me” button at the top!

Also, let me know if you’re going to try the Caffè Misto. And if you do, then enjoy! I’ve listed a few more recipes below if you’re interested in getting to know more coffee recipes. 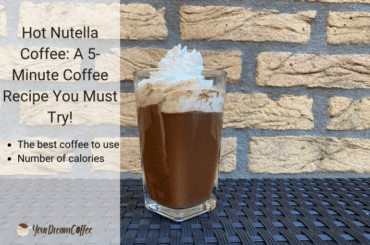 Hot Nutella Coffee: A 5-Minute Coffee Recipe You Must Try! 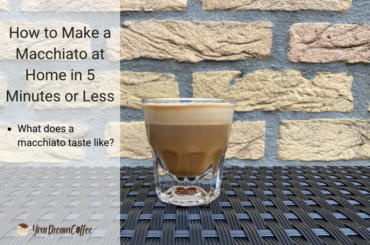 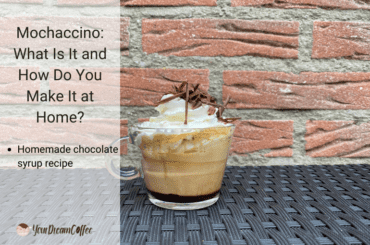 Mochaccino: What Is It and How Do You Make It at Home? 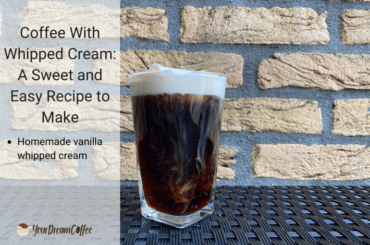 Coffee With Whipped Cream: A Sweet and Easy Recipe to Make