Some people know that you can reuse coffee filters but aren’t sure how to take care of them so they can be used repeatedly.

Others aren’t aware that coffee filters are meant to be reused and are throwing them away as they make their way to the trashcan.

But what if there was a creative way to reuse that filter and wash out those grounds over and over again?

There is, and you can save yourself a lot of money doing it. Here’s how.

Can you reuse coffee filters?

Did you know that you can reuse a coffee filter after making your coffee? Chances are, if you’re the type of person who makes a lot of coffee at once and only drinks a cup or two, then you probably don’t.

But if you make enough coffee for several cups in one go, then you probably already know that it’s just not cost-effective to use new filters every time.

You can use paper coffee filters a few times before having to throw them out. Below you’ll find all the information you need to know about when reusing your coffee filters:

How many times can you use a coffee filter?

So now that you have all the information, it’s time to put the coffee filters to the test.

Below, I’ve listed the three paper coffee filters that I’ve been testing over the past few days.

You’ll find all my notes and will conclude if you can reuse a coffee filter or not. Let’s get started:

How many times can you reuse AeroPress filters?

It’s time to start putting the AeroPress coffee filters to the test. This small coffee filter makes for a clean-tasting cup of coffee, but can you reuse it while still keeping that unique flavor intact?

Below, you’ll find the tests I’ve done while brewing with the AeroPress:

The first coffee brew was clean-tasting, which we all know and expected. After the first brew, I let the coffee filter dry, and it looked like this:

As you can see, the filter has already taken on quite a bit of coffee particles and oils, resulting in a different color.

After the coffee filter was fully dried, I put it to the test again. The second brew was just as good in taste, and it felt just like the first time around.

After brewing, I again removed, rinsed, and dried the coffee filter. It now looks like this:

The coffee filter takes on even more color, but I’m ready to brew a third time with it because it still seems reasonable.

Not much has changed since the last brew. The coffee filter does take on more coffee fines and starts appearing a bit darker.

There is no difference in flavor compared to using a new coffee filter. I’ve been using dark roasted coffee beans all around for each coffee brew, which may make the filter appear darker. It now looks like this:

If you use a medium roast for your coffee brews, you will be able to have the coffee filter look better.

The filter has become thinner, as it’s been saturated with coffee for a bit now. After brewing coffee with it, the filter keeps getting harder to clean. It now looks like this, after drying:

There are now floating small filters pieces on top of the brewed coffee, which makes me think that the coffee filter is falling apart more than I first thought.

My final thoughts on reusing AeroPress filters is that I highly recommend reusing them; as long as you do not see any coffee slush in your cup, you can use the filter another time.

I do, however, think the limit for reusing the filter is five times. After that, there was a bit too much coffee slush left in my cup, which resulted in a not-so-pleasant aftertaste. The coffee filter looks like this:

I’m also noticing that rinsing the coffee filter after all these uses get harder and harder. The filter seems to get thinner, resulting in small tears, which is not ideal.

While testing, I’ve accidentally torn some filters because they were just so thin.

But if you keep handling the filter carefully, rinsing it with lukewarm water, you can use it many times, which is perfect as it will save you money in the long term, without compromising in flavor.

Have a look below for a comparison between a new filter and one that has been used for five brews:

Can you reuse Chemex filters?

One of my favorite ways to brew coffee is with the Chemex. So I went ahead and brewed a nice cup of coffee with it.

Of course, the first coffee brew tasted amazing. I then removed the coffee grounds from the filter and rinsed it completely with warm water to make it look nice. After cleaning and drying, it looked like this:

I’ve folded the filter open, so you can clearly see where the coffee was brewing. I then folded it back up and brewed another cup of coffee.

The second cup of coffee was not nearly as good as with a fresh Chemex filter. The brewing time increased by more than a minute, and I found a bit of coffee slush at the bottom of my cup.

This all indicates to me that reusing Chemex filters is not a good idea. I like to brew coffee with a Chemex because of its crisp flavor profile.

However, this was nowhere to be found with the reused coffee filter, and it didn’t taste like Chemex coffee to me.

So, although I don’t recommend reusing the Chemex filter, you can still try it, but I must warn you that it will not taste like a regular cup of Chemex coffee.

I’ve tested rising and reusing the Hario V60 paper coffee filters, and I must say that I was pleasantly surprised. Below, you’ll find my thoughts:

Of course, the first brew with a fresh filter will result in a nice and clean tasting cup. I’ve been using a medium roast for this test with the Hario V60 filters.

After the first brew, I rinsed the coffee grounds from the filter and let the filter dry on a paper towel.

After a few hours, the coffee filter was fully dried and was ready for its next use. It looks like this after its first brew:

As you can see, these paper coffee filters take on a lot more coffee oils, resulting in a coffee filter that looks quite dirty.

I’ve torn the coffee filter apart for educational purposes, so you can clearly see what happens with it.

If you plan on trying this at home, I suggest rinsing the coffee filter, but drying it whole, so you can more easily brew a second cup:

The second brew was very interesting. I’ve used the same amount of coffee and the same coffee beans so I could compare the flavors.

I found that there is just a slight difference in taste when reusing the coffee filter.

However, the reused coffee filter took longer to brew the cup. This is because the filter already had a lot of coffee particles in it from the last brew, resulting in a blocked filter.

The water had a tough time running through and the total brew time increased by almost two minutes.

This is where the taste of the coffee changed. The coffee tasted a bit bitter because of the longer brew time, which means that the coffee was over-extracted.

After brewing, I decided to rinse it again. The filter looked like this after the second brew:

I didn’t try brewing another cup of coffee with it because the coffee filter felt flimsy.

The maximum that you can get out of a Hario V60 coffee filter is a second brew. After that, I don’t think it’s worth the taste sacrifice.

I found that rinsing the coffee with cold water works great as well, but the coffee stains were a bit harder to get off, so warm water is the way to go if you want to use the filter multiple times and have a clean tasting cup of coffee.

After testing all of these coffee filters, I’ve concluded that you can reuse your paper coffee filters multiple times until you need to throw them out.

There is a limit to how many times you can use a paper coffee filter until the flavor changes, which I’ve talked about in this article.

I highly suggest reusing the coffee filters at home and would love to hear your thoughts on brewing multiple cups with them!

If you’re interested, you can find more coffee tips that might be helpful to brew more amazing coffee at home down below.

Have you been reusing your coffee filters? Let me know by leaving a comment down below. If you have any other questions regarding coffee, you can also contact me directly by pressing the “Contact Me” button at the top! 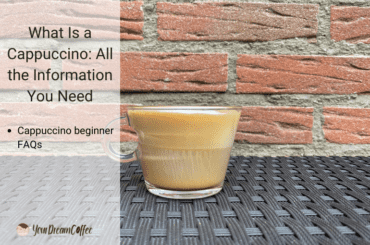 What Is a Cappuccino: All the Information You Need in 2022 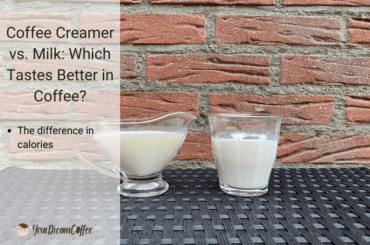 Coffee Creamer vs. Milk: Which Tastes Better in Coffee? 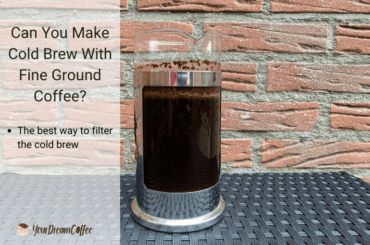 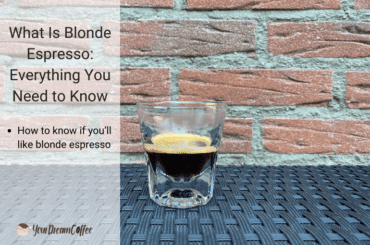 What Is Blonde Espresso: Everything You Need to Know