A macchiato and a cortado are two similar types of espresso drinks, but the small differences between them are what set them apart.

While some may say the two drinks are nearly identical, others argue that there is a stark contrast between the two. So what makes a macchiato different from a cortado?

Let’s dive into macchiato vs. cortado so you can pick the one that is right for you.

What is the difference between a macchiato and cortado?

Some tiny differences make these drinks different from each other. Have a look below for the key differences:

As you can see, these coffees are quite similar. They use the same amount of espresso coffee, and they both use milk.

However, there is a big difference in how these coffees taste, and they have different mouthfeels.

Below, I’ll get into which of the two is stronger, the difference in milk used, the number of calories, and which might suit you better!

Which is stronger, a macchiato or cortado?

A macchiato is stronger in flavor because it uses less milk than a cortado, resulting in a more robust, espresso-forward coffee flavor. A cortado is a well-balanced drink because equal parts espresso and milk are used.

Espresso coffee is known to be strong in flavor. Both the macchiato and cortado use espresso as their coffee basis.

The amount of milk and its preparation method will make the coffee taste vastly different.

A macchiato uses less milk and has a foamy top, which is why it will have a stronger espresso taste.

The cortado is more balanced in flavor. While you’ll still be able to taste the espresso in it, it’ll have a rounder taste, making it the least strong option between these drinks.

What is the difference in milk used?

A macchiato is an espresso with just a dollop of milk on top, while a cortado has more milk added, making it more smooth and creamy, without any large milk bubbles.

Because a macchiato uses less milk than a cortado, it’ll be stronger in flavor, which I’ve mentioned above.

Whole milk is most often used when frothing milk. The foam will hold the longest, and it has a rich taste.

If you want to learn how to froth milk at home using six different techniques, you can check out this guide.

The number of calories in your drink will also change depending on the milk used. Read more on this below:

Is there a difference in calories between a macchiato and cortado?

A macchiato is lower in calories than a cortado because less milk is used. Depending on which milk you have at home or your favorite coffee bar uses the number of calories in your drink changes.

Have a look below for the number of calories for each drink, with some of the most commonly used milk and milk alternatives:

The above-listed calories are for a plain drink. If you like to add a sweetener to your drink, you’ll most likely increase the number of calories.

A caramel macchiato is a popular choice for a sweetened version of the macchiato. The same goes for a cinnamon brown sugar cortado, which is also a delicious afternoon pick-me-up.

Macchiato vs. cortado: which is right for you?

Now that I’ve gone over all the differences between these two pretty similar drinks, you might’ve already found a new favorite.

Are you still a bit unsure which is the right choice for you? Then I recommend the following:

A cortado is a perfect drink if you’re not a big fan of espresso coffee in the first place.

As the cortado uses an equal amount of milk, the espresso coffee will be much more diluted, and you’ll be able the slowly enjoy the more laid-back flavor that the espresso has to offer.

Now that I’ve discussed the differences between a macchiato and cortado, which do you prefer?

I prefer drinking a macchiato over the cortado as it’s just slightly stronger, and I enjoy the taste of espresso coffee.

However, I enjoy a cortado on the regular as well. Both drinks are a great pick, and remember, there is no wrong answer when it comes to enjoying coffee!

I also love that you can easily make a different tasting drink when you’re using your favorite add-ins or your favorite dairy-free milk is used.

Do you have a new favorite espresso-based drink? 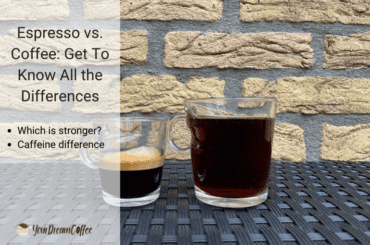 Espresso vs. Coffee: Get To Know All the Differences 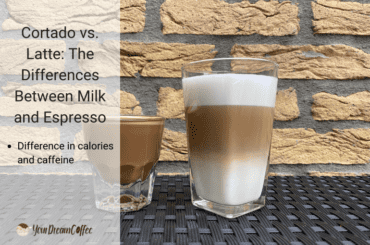 Cortado vs. Latte: The Differences Between Milk and Espresso 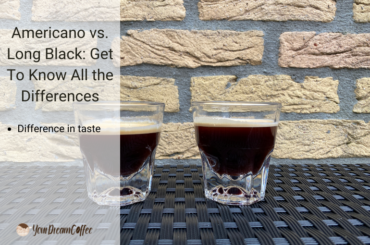 Americano vs. Long Black: Get To Know All the Differences 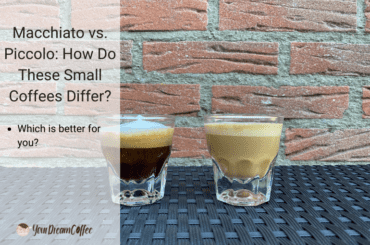 Macchiato vs. Piccolo: How Do These Small Coffees Differ?