In this article, I will cover everything there is to know about barrel aged coffee. This is a new coffee trend that is slowly rolling out at the moment and is definitely a nice coffee trend for you to try.

Barrel aged coffee is coffee that has been aged in retired liquor barrels like whiskey, bourbon, and rum barrels. The coffee beans are aged in the barrels for up to a few weeks at a time, slowly developing more flavor.

Does that sound good? For me it does. I have had the opportunity to try a great whiskey barrel aged cold brew coffee and it blew my expectations. Read along to find my story on this amazing experience I had in Milan.

How does the aging of the coffee beans work?

While inside the barrel, the green coffee beans take in all the flavor that is left in the wooden barrels. This is where all the flavor characteristics are developed. There are even some coffee roasters out there that age their coffee beans for an even longer period of time. A longer aged coffee bean is still something I would love to try.

I have seen some barrel aged coffee beans that have been lightly roasted, like a blond roast. This will keep even more flavor inside the coffee bean and if you have been drinking coffee for a while, you might even notice the origin of the coffee bean by drinking it.

Which coffees can I brew with the barrel aged coffee beans?

While brewing a cold brew coffee with barrel aged coffee beans, you will smell the amazing flavors from the moment you open the bag. The smell that comes out of the coffee bean bag is amazing.

Once you start grinding your coffee beans, most flavors are circling in the house, and you will be happy that you’ve bought a bag of these delicious coffee beans.

For me, the hot version of coffee made with barrel aged coffee is a waste of these beautiful coffee beans. The flavors you smell when brewing coffee are quickly lost and are nowhere to be found when taking the first sip of coffee. So, I would suggest sticking with a good cup of cold brew coffee instead.

The fun part about brewing coffee at home is that you can switch it up however you like. To make Your Dream Coffee at home, it’s all about experimenting with coffee and finding out what you like.

Last month I was on a city trip to Milan when I stumbled upon the most amazing Starbucks shop that I have ever been in. The Starbucks Reserve in Milan.

When I entered the Starbucks, I expected it to be just another Starbucks, but it was actually the opposite. It was the biggest Starbucks that I had ever seen. There were people roasting coffee beans in a big coffee roaster. When the coffee beans were done roasting, a machine shot them through metal pipes that went straight to the coffee bar.

Of course, like any other Starbucks, there was a lot of choice in coffee drinks. What immediately caught my eye was the cold brew whiskey barrel aged coffee. It was the first thing that I ordered.

The experience was amazing. The cold brew coffee was served in a “decanter,” and there was a whiskey glass with a nice block of ice in it. It really did look like you were going to drink whisky at that moment.

My first sip of the coffee was really intense, but it was the most amazing cold brew coffee that I have ever had the pleasure of drinking.

The coffee taste was really full and rich, and there were many fruity notes in there as well. But the slight whiskey after-taste was the best of the whole coffee.

If you are in the area, I suggest popping by the store and giving the coffee a try as well. The Starbucks Reserve’s whole experience was pretty special, and I think you will enjoy it as much as I did.

Which coffee beans are used in the aging process?

The variety of coffee beans depends on the coffee roaster, and the coffee beans can come from anywhere around the world. You can say that every coffee bean can be aged, as it will develop even more flavor from the aging followed by the normal roasting process.

Although this technique is not widely known yet, I think this will be the next popular thing that people will ask for. The flavor profile that the coffee beans will develop is something exceptional.

Have you had the chance to taste barrel aged coffee before? Let me know by leaving a comment down below. If you have any other questions regarding coffee, you can also contact me directly by pressing the “Contact Me” button at the top!

If you want to learn brewing coffee at home, you can check out the links below. Also, have a great day and keep drinking coffee! 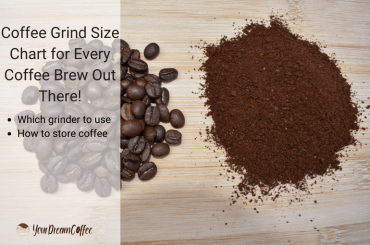 Coffee Grind Size Chart for Every Coffee Brew Out There! 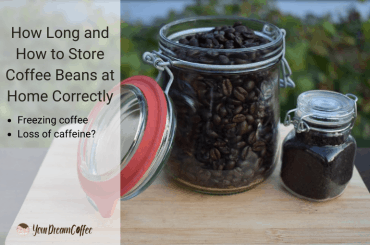 How Long and How to Store Coffee Beans at Home Correctly 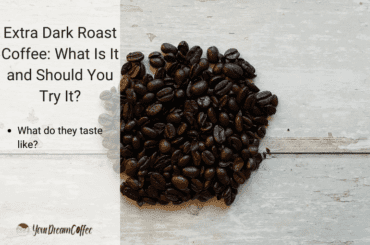 Extra Dark Roast Coffee: What Is It and Should You Try It?